Confirmed: The 2022 Montagna Symposium on the Biology of Skin will be hosted in-person. 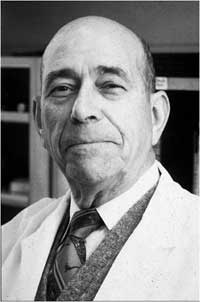 The Annual Symposium on the Biology of Skin, now the Montagna Symposium on the Biology of Skin, was initiated at Brown University in 1950 by Dr. William Montagna. The Symposium grew from the need to communicate investigative work in cutaneous biology and to provide a link between basic scientists studying the skin in humans and animals and clinically trained scientists in investigative dermatology. Since then, over 5,000 scientists, physicians, and students from around the world have attended the Symposium, which annually addresses a single major topic in cutaneous biology.

The 2003 Symposium brought a closer affiliation of the Montagna Symposium with the Society for Investigative Dermatology and a celebration of the leadership of Dr. Norris, who currently serves as Director Emeritus and member of the Symposium’s Advisory Committee. In 2004, Molly Kulesz-Martin and Jackie Bickenbach assumed directorship of the Symposium and oversaw a move back to Oregon. Dr. Bickenbach became Director Emeritus in 2011.

Now in its seventh decade, the Montagna Symposium continues to fulfill its mission to bring together basic scientists, clinicians, and young investigators to explore the frontiers of dermatology.

December 2002 article by Albert M. Kligman in the Journal of Investigative Dermatology